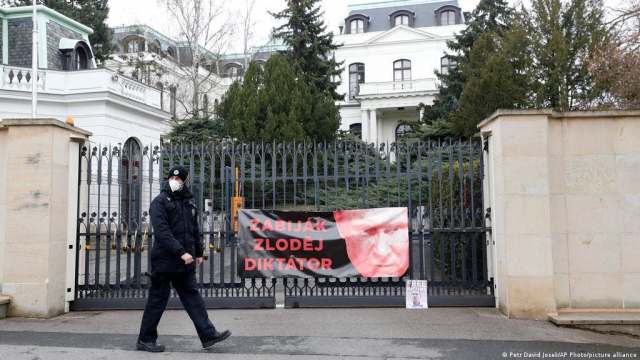 The Czech Republic is expelling 18 Russian embassy staff over explosions at an ammunition depot in 2014, the prime minister said on Saturday.

The Russians have been identified as members of their country’s SWR and GRU intelligence services, Czech Interior Minister Jan Hamacek said. They are to leave the country within 48 hours.

Hamacek is also acting head of the Foreign Ministry.

“The Czech Republic is a sovereign state and must respond to these unprecedented revelations in an appropriate manner,” Prime Minister Andrej Babis said.

The blasts occurred at the ammunition depot in Vrbetice, 110 kilometres east of Prague, in October and December 2014.

Two people were killed and there was extensive damage to property.

The site was used by commercial defence companies, and hundreds of anti-personnel mines were stored there.