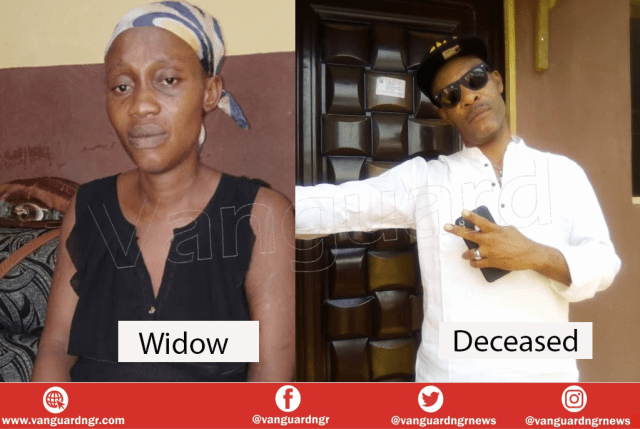 A 31 years old widow, Mrs Rosemary Etumise on Monday, in Lagos, cried out to Nigerians, particularly Lagos State Commissioner of Police, CP Hakeem Odumosu to assist her in fishing out the killers of her husband who was gruesomely murdered by suspected hoodlums in Ijede, Ikorodu over the weekend.

The widow who spoke with Vanguard in her room and palour apartment at Oke-Eletu, Ijede area of Ikorodu, Lagos State, said she could not locate the remains of her husband as the assailants were said to have thrown it away immediately after the act.

Narrating her ordeal, Rosemary who was expectant of her first baby, said she received the information about her husband’s death at about 7.30pm of the fateful day via telephone.

According to her, the deceased, 54 years old Ifeanyi Etumise who hailed from Delta State, was a driver turned domestic worker due to financial crunch before he was gruesomely murdered by the suspected…