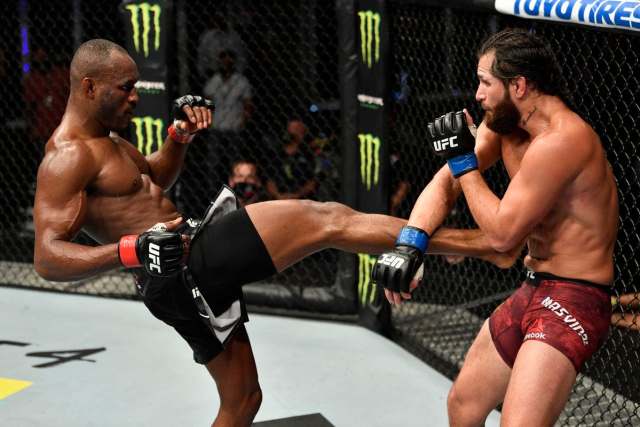 The UFC 261 title fight which sold out 15,000 tickets in fifteen minutes after the announcement was made, longtime contender, Masvidal was looking for vengeance after being defeated during their first bout in July 2020 and reigning champion Kamaru is simply looking for another solid clear-cut win.

But in a 1 minute 8 seconds of the second round. Kamaru Usman with a devasting right punch knocked out Masvidal to retain his welterweight champion undisputed title.

The contender, Jorge Masvidal acknowledged the power when he said, “He (Kamaru Usman) won fair and square, he didn’t show me his power in the first fight so I…