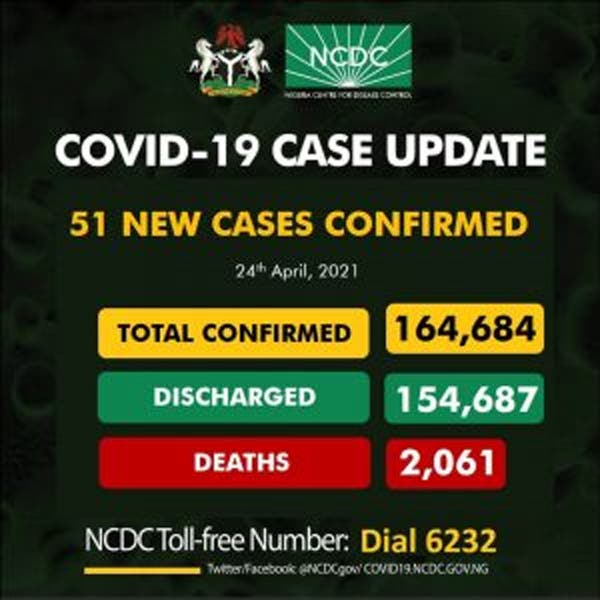 The Nigeria Center for Disease Control (NCDC) has reported 51 new cases of COVID-19 infections and zero death on Saturday.

The NCDC disclosed this on its official Twitter handle on Saturday.

The News Agency of Nigeria (NAN) reports that Saturday became the 12th  consecutive day the nation recorded no fatality from the virus that has caused  and over 2,000 deaths in Nigeria and 3 million deaths globally since the pandemic began.

The agency stated that the new cases were registered in five states and the Federal Capital Territory (FCT).

Meanwhile, it disclosed that 44 people had recovered from the virus and discharged from isolation centers across the country.

It stated that the country’s active cases were about 9000, as at April 24.