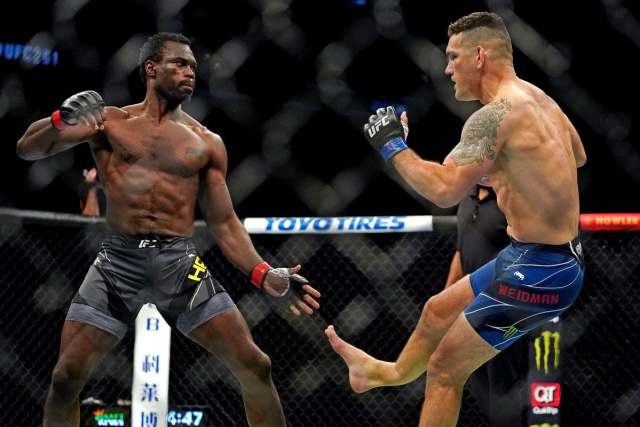 Chris Weidman suffered a horrific leg on the first kick of his UFC fight on Saturday night.

The Long Island native swiftly kicked opponent Uriah Hall right below his knee in the opening seconds of their middleweight bout at UFC 261 and immediately fell to the mat in agony after it appeared the lower portion of his right leg snapped. Referee Herb Dean stopped the fight, and Weidman was eventually stretchered out of the octagon at Vystar Veterans Memorial Arena in Jacksonville, Fla. Hall was declared the winner by TKO.

Weidman has been admitted to a local hospital and will have surgery on Sunday, the UFC said on the pay-per-view broadcast.

“I feel so bad for him,” Hall said in his post-fight interview. “I hope he’s OK. I wish his family well if you guys are watching.”

It was the 36-year-old Weidman’s first fight since a win on August 2020, and he has already lost more than a year of his career from 2017-18 because of a torn ligament in his thumb.

He is no stranger…