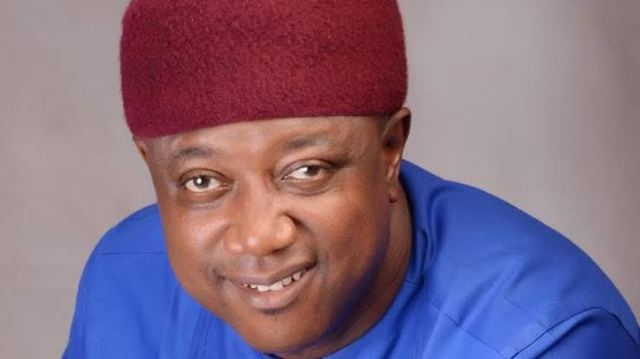 The Senate on Tuesday administered the oath of allegiance to Senator Frank Ibezim as the senator representing Imo North  Senatorial District.

The Clerk of the Senate, Ibrahim El- Ladan administered the Oaths of Office and Allegiance on the new Senator.

Speaking, President of the Senate, Senate Ahmad Lawan said that with the swearing-in of Ibezim, Imo North Senatorial District is now fully represented.

Recall that the Supreme Court on Friday set aside the disqualification of Sir Frank Ibezim as the authentic candidate of the APC for the Dec. 5, 2020, Imo North Senatorial election.