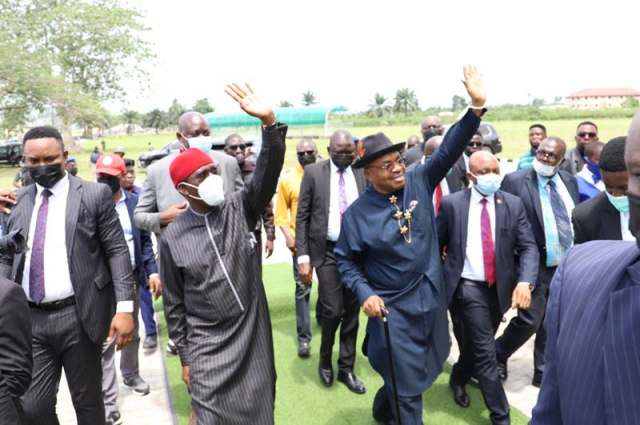 Governor  Ifeanyi Okowa of Delta on Thursday said that his administration would continue to provide critical infrastructure in the state.

Okowa made the promise during the inauguration of the dualised 3.09 kilometre Emore Road in Oleh, headquarters of Isoko South Local Government Area of the state.

He noted that his administration had constructed and rehabilitated several roads across the state since inception.

The governor said he would remain focused till the end of his administration to ensure dividends of democracy were delivered to the people.

“We will continue to deliver on critical infrastructure as much as God permits and as long as our finances can carry us.