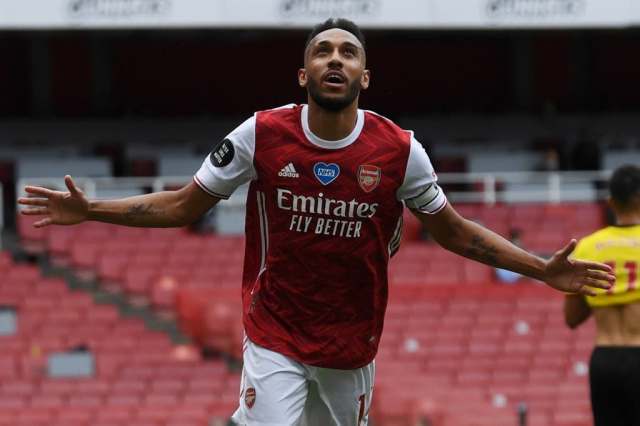 The lethal forward who contracted Malaria while on international football duties with the Gabonese national team, recovered in time to play a starring role in the Gunners 2-0 win over Newcastle on Sunday.

Aubameyang registered a goal and assist as the Gunners took all three points against Newcastle, providing a massive boost for Arsenal who go into the second leg of the Europa League semi-final trailing 2-1 to Villarreal.

Speaking after the game, Aubameyang told the club’s official website: “At the end for the last five minutes, I was dying a little bit. But to tell the truth, I felt good the whole game, so I was really happy with that.

“I have to say that the doctors did incredible work with me, bringing me to the hospital and stuff like that. I’m really thankful for them.