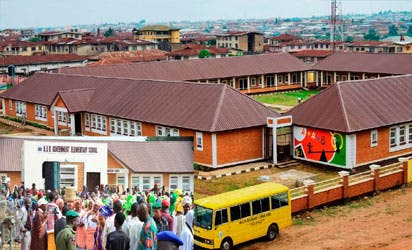 Osogbo—A mother, Bukola Ayeni, yesterday, urged concerned authorities to prevail on one Pastor Ola John to intensify effort in the search of her missing 18-year-old daughter.

According to the woman, her daughter, Rauf Mariam, has been missing for over a month while the pastor, with whom she lived since 2019, is not showing enough concern.

She added that the girl was allowed to live in the church because it is located at Arogunmase area of Oke-Baale, Osogbo, where they also live and as part of a condition to heal her of bedwetting.

She said: “My daughter went to school, Baptist Girls Secondary School, on the said day, March 29, 2021, till this moment I have neither seen nor heard from her.

“She was living with Pastor John in the church since 2019 because she bed-wets as a teenager and a friend directed me to the pastor. After narrating her situation, he advised me to allow her to be sleeping in the church. We allowed her since it is within…