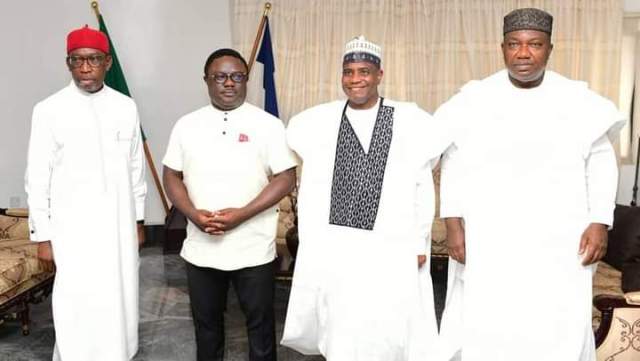 The governors are Aminu Tambuwal of Sokoto State, Ifeanyi Akowa of Delta and Ifeanyi Ugwuanyi of Enugu State.

The governors who came on the auspices of the People’s Democratic Party Governors Forum, PDP-GF, held extensive discussions with their host who has been complaining of injustice in the PDP and threatened to decamp if not redressed.

After the discussion which lasted about two hours inside Government House, Calabar, Governor Tambuwal, who is also the Chairman of the PDP-GF told journalists that the “discussions were fruitful, peaceful and productive with the stakeholders of Cross River PDP

“We’re here on the mandate of the PDP-GF which was sanctioned by the National Working Committee, NWC, to come and engage with our dear brother and colleague, Prof. Ben Ayade, the…