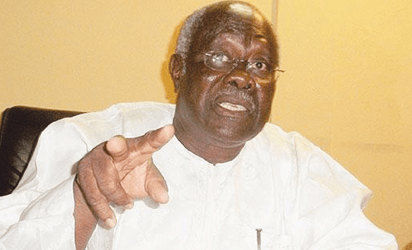 Bode George, had in an interview with Arise TV on Friday accused Asiwaju Bola Ahmed Tinubu of corruption in his tenure as Governor of Lagos State.

But the TSG in a statement issued on Sunday by its Head of Media and Publicity, Oluwatosin Johnson, said the PDP chieftain is a “confused liar” as he lacks sense of history.

Oluwatosin said George’s criticisms of Tinubu were not based on any concrete facts but envy, jealousy and bad faith.

He said George became terribly envious of Tinubu’s unending political achievements in the nation’s space while he had remained an unproductive commodity in the Nigerian electoral market.

He added, “We are aware of the fact that Chief Bode George has no other passion than to get at Asiwaju Bola Ahmed Tinubu at any…