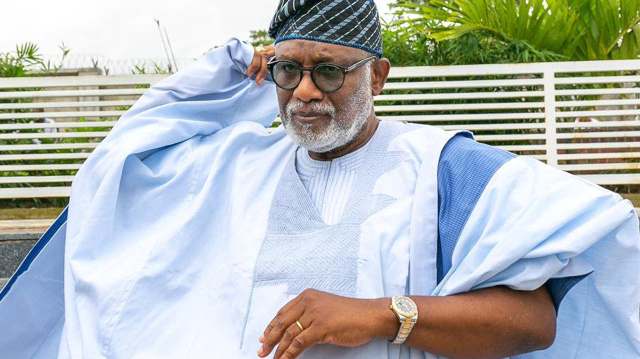 Governor Oluwarotimi Akeredolu of Ondo State says the inauguration of a mosque in the Government House on June 4, will be part of activities to mark his administration’s 100 days in office.

Akeredolu, who was re-elected governor for a second term, said the mosque would be named after the late Alhaji Khalid Fawehinmi, a former Chairman, Ondo State Muslim Welfare Board, who died in 2020, to immortalise him.

The governor made this known on Sunday when he hosted some eminent Moslem leaders in the state to the breaking of Ramadan Iftar at the International Cultural and Event Centre in Akure.

Akeredolu said his administration would be the first to build a mosque inside the Government House premises, adding that he doesn’t discriminate.

The governor called on both Muslims and Christians to co-exist peacefully, adding that both religions preach love and sacrifice.