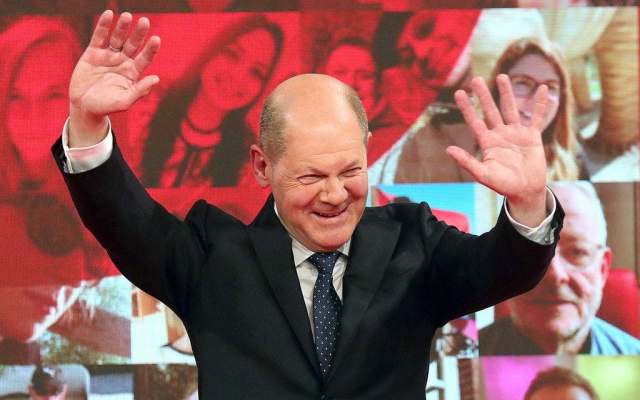 The former Hamburg mayor was approved by 96.2 per cent of nearly 600 SPD party delegates taking part in an online conference in Berlin on Sunday.

Scholz entered the parliamentary election campaign with a promise to socially transform the economy and bring environmental progress, setting the goal of climate neutrality by 2045 at the latest.

Scholz’s party has lost ground to Germany’s Greens, which have emerged in polls as the biggest rival to Merkel’s CDU, long the country’s biggest party.

While touting environmental ambitions, Scholz also tried to set himself apart from the Green party’s recently confirmed chancellor candidate, Annalena Baerbock, by pointing to his time in government, as she has been criticized for lacking…