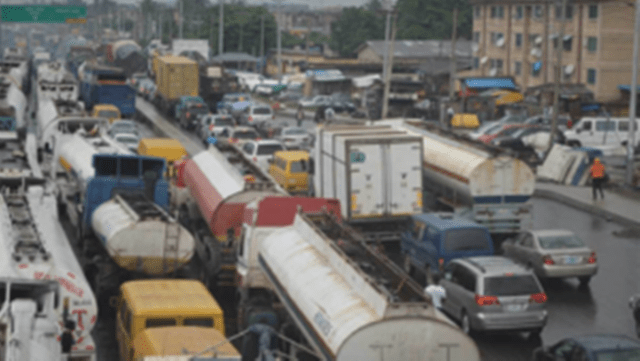 By Olasunkanmi Akoni and Godwin Oritse

Motorists and commuters along Oshodi-Apapa Expressway and Apapa environs have continued to languish helplessly in gridlock due to activities of drivers of articulated vehicles who park indiscriminately on the highways amid deplorable state of the road.

The Lagos State Special Traffic Enforcement and Management Team set up by the state Governor, Mr Babajide Sanwo-Olu to create a new operational template as well as restore sanity after taken over traffic management from the disbanded Presidential Taskforce on Port Decongestion, has abandoned the road without any visible enforcement.

Sanwo-Olu, had, during one of his visits to Apapa ports, stressed that the sharp practices and inadequacies observed in the handling of the container operations at the ports would be escalated to the Minister of Transport, adding that the misconducts of the policemen…