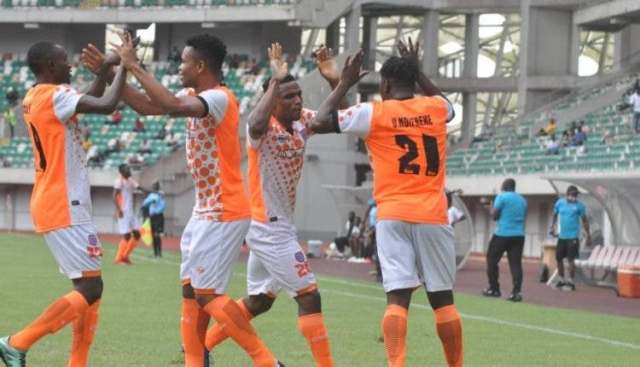 Nigeria Professional Football League (NPFL) resumed from the mid-season break and it was Akwa United that moved to the top of the table while Rangers claimed bragging rights after beating Enyimba in the Oriental derby.

Another talking point of the MatchDay 20 was Katsina United mauling of Wikki Tourists to move out of the relegation zone.

Akwa United climbed to the top of the NPFL log after edging Sunshine Stars 2-1 at the Godswill Akpabio Stadium Uyo. The Promise Keepers took an early lead through Atshimene Charles in the 20th minute but the lead didn’t last long as Sadiq Yusuf equalized for Sunshine Stars in what is his 8th goal of the season. However, Akwa United sealed all three points when Seth Mayi scored the winning goal in the 68th minute.

In Ozoro, Kano Pillars moved into 2nd spot on the log, level on points with new leaders Akwa United after earning a draw against relegation-threatened Warri Wolves.