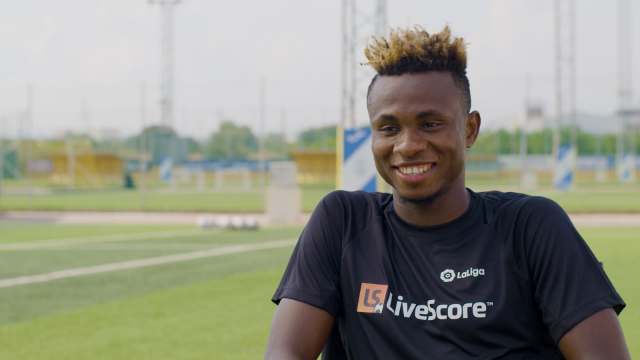 LiveScore.com through their partnership with LaLiga recently hosted an interaction with LaLiga Santander and Villarreal CF player, Samuel Chukwueze, on a range of topics. Victor Ogunyinka brings excerpts from the interview session where he talked about football, his journey in LaLiga.

First memories in sport as a child

What age you believed in making professional career in football

I think that was when I was 14 years old, when I went to the Iber Cup. I won the highest goal scorer at the tournament, playing against young players from European teams Sevilla FC and RCD Espanyol, that was when I realised, I can take this football…