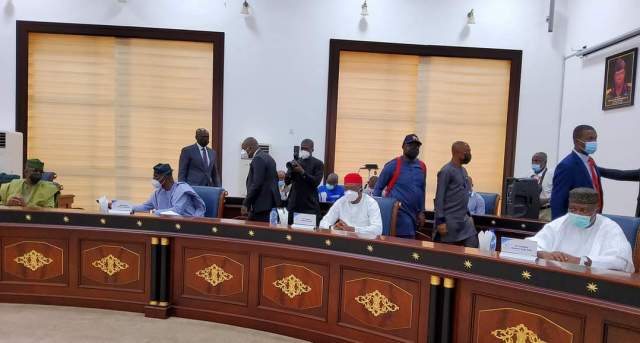 The Southern Governors Forum on Tuesday urged the Federal Government to urgently convoke a national dialogue to address the widespread agitations in the country.

The call was contained in a 12-point communique read by the forum’s Chairman and Governor of Ondo State, Oluwarotimi Akeredolu at a meeting held in Asaba, Delta.

“In view of widespread agitations among our various peoples for greater inclusiveness in existing governance arrangements, the Federal Government should convoke a national dialogue as a matter of urgency,” it stated.

The meeting which lasted for about four hours and had 15 members in attendance also called for restructuring of the country leading to the evolution of state police.

It expressed grave concern on the nation’s current security challenges and urged President Mohammadu Buhari to address Nigerians on the challenges and restore the confidence of the people.