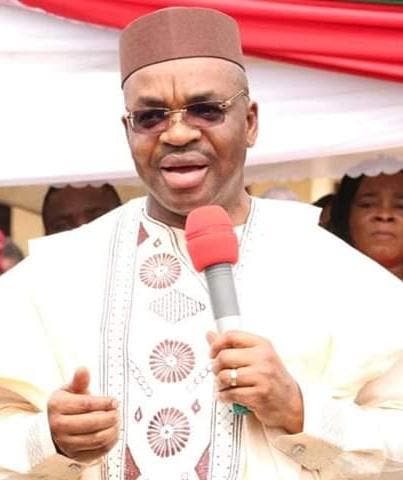 GOVERNOR Udom Emmanuel of Akwa Ibom State has announced the donation of the sum of sixty million naira for the bereaved families of Police officers who were killed during recent attacks by gunmen while on duty.

The Commissioner for Information and Strategy, Mr Ini Ememobong who disclosed this to newsmen said, the governor announced the donation when he visited the Police Command Headquarters, Ikot Akpan-Abia, Uyo on Monday.

Ememobong said the governor commiserated with the command over the loss of its personnel and assets and urged the officers to rise to the occasion and contain the senseless attacks.

“Immediately after the State Executive Council meeting on Monday, the Governor of Akwa Ibom State, Mr Udom Emmanuel paid a visit to the state Police command headquarters, Ikot Akpan Abia, Uyo. The visit was to condole with the command over the killing of its officers and men.