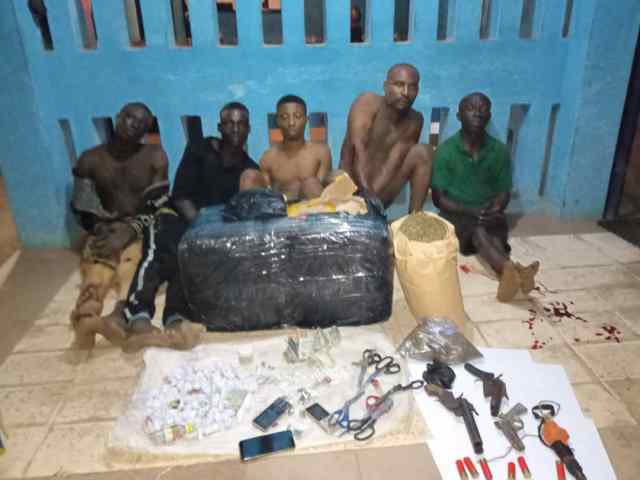 The Imo State Police Command, yesterday said that it has arrested five suspected members of the proscribed Indigenous People of Biafra, IPOB, linked to the killing of a police Sergeant, Joseph Nwaka Department of operation of the command.

The State Police Public Relations Officer, PPRO, Orlando Ikeokwo, who disclosed this to newsmen in Owerri, said that their arrest came after a gun battle with the security operatives at Amanato in Isu local government area of Imo.

The police added that the bursting of their camp came as a result of the arrest of one of their members one Onyekachi Mmadufor, a native of Umuduruekwe Isu local government area, who assisted the police with the information in the arrest of others.

According to Police as captured by Vanguard: “The Crime prevention and control strategies adopted by the IMO State Police Command under the leadership of CP Abutu Yaro FDC, to rid Imo state of activities of the proscribed IPOB/ESN and other…