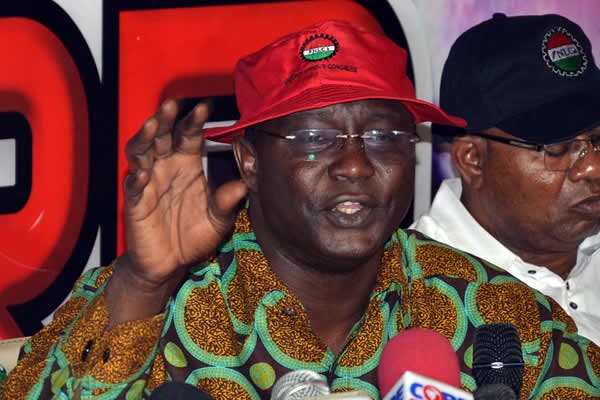 The President of the Nigerian Labour Congress, NLC, Comrade Ayuba Wabba has called the bluff of Governor Nasir El-Rufai who declared him wanted for alleged sabotage of economic activities in the state, saying since the Governor knew where he was lodging in Kaduna, he should come and arrest him.

The 5-day warning strike and protest led by Wabba has grounded economic and social activities in Kaduna State on Monday, even as the labour said they would mobilize and storm the state capital in thousands, the next day.

Governor Nasir El-Rufai, had declared the President of Nigeria Labour Congress (NLC), Comrade Ayuba Wabba and other top leaders of the Congress wanted.

The Governor said, the labour leaders are wanted for economic sabotage and attacks on public infrastructure under Miscellaneous Offences Act.

On his Twitter handle @elrufai, the Governor asked anyone who knew the whereabouts of Wabba and others to report to the state…