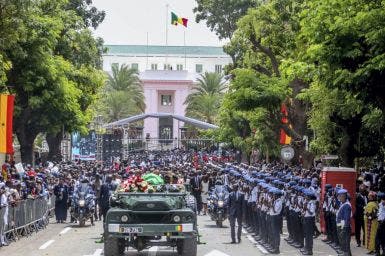 The Prosecutor of the International Criminal Court (ICC) has called on the Libyan Government to take all possible measures to arrest and surrender of Seif al-Islam Gaddafi to the court.

Seif Al-Islam, a son of the late Libyan leader, Muammar Gaddafi, is the subject of an ICC warrant, Fatou Bensouda told the Security Council on Monday.

“I must recall that the arrest warrant for Mr. Saif al-Islam Gaddafi is still outstanding,” Mrs. Bensouda said in a speech to the Security Council via videoconference.

“I reiterate that Mr Gaddafi remains a willing fugitive from justice. I stress that Libya remains under a legal obligation to arrest him and surrender him to the Court. I also reiterate the calls made by my office directly to Mr. Gaddafi to surrender immediately to the relevant Libyan authorities for transfer to the Court for trial. The accused has all the guarantees of due process at the ICC,” she said.

In 2011, the ICC issued an arrest warrant for Seif al-Islam for crimes…