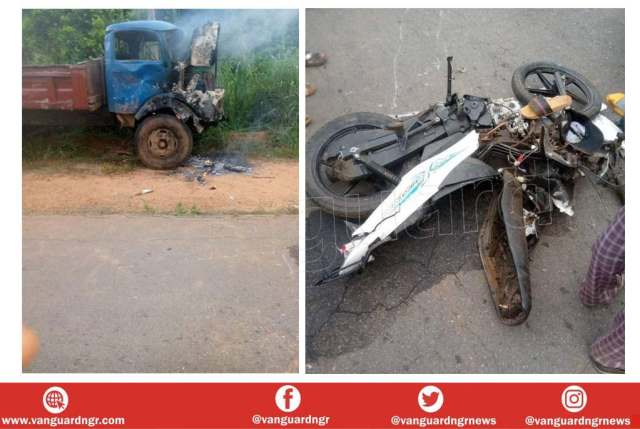 A truck has reportedly crushed three relatives to death in Akure, the Ondo state capital.

Vanguard gathered that the deceased were riding on a motorcycle popularly called Okada along the Akure/ ldanre  area of the state when the truck crushed them to death.

Eyewitness account said that they all died on the spot.

Consequently, irate youths, sympathiser  and residents in the area mobilised and reportedly set the truck ablaze.

They reportedly accused the driver of the truck protested of causing the untimely death of the three persons.

Vanguard was informed that the driver of the truck while on a top speed rammed into the Okada, killing the three relatives

The driver of the truck escaped by whiskers as the timely arrival of police detectives at the scene of the incident saved him from the irate Okada riders.