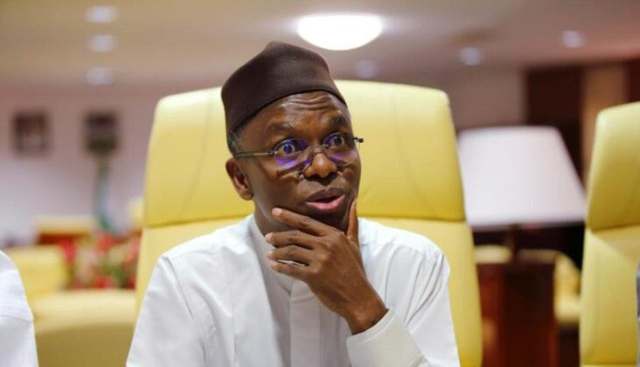 Governor Nasir Ahmad El-Rufai of Kaduna state has said that the laws of Nigeria do not allow anyone to shutdown essential services.

Speaking to the labour leaders who shut down Kaduna for some days during the NLC warning strike,the Governor said ” according to these same laws, the right to strike does not include license to violate public and private facilities or to shut them down in any way.”

He explained that persons on strike can withdraw from the facilities where they are working, but they are not allowed to stop those facilities from functioning.

Malam Nasir El-Rufai, spoke during a  state broadcast on Friday,insisting that Kaduna will not become a state that only pays salary, and no amount of pressure will change that.

He said ” my dear People of Kaduna State,I address you today on behalf of the Kaduna State Government to thank you for your resilience in the face of the sustained assault on your…