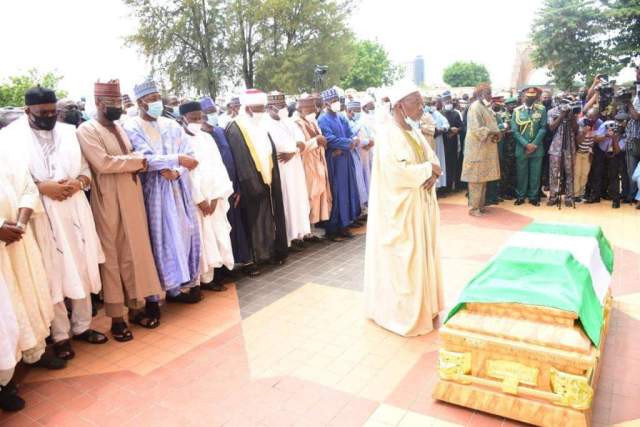 The funeral held around 1:30 at the national mosque in Abuja was attended by the senate president, Dr Ahmad Ibrahim Lawan, Governor of Yobe state, Mai Mala Buni, chief of staff to the President, Professor Ibrahim Gambari, Minister of Defence, the Sultan of Sokoto, Inspector General of Police, Comptroller General of Immigration, amongst other serving and former public office holders, top military officers, families, friends and associates of the late COAS.