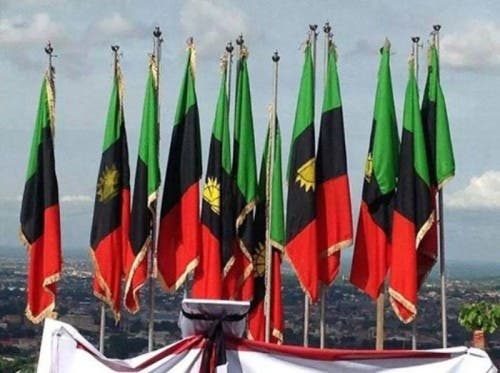 The Indigenous People of Biafra, IPoB, Sunday replied the Governor of Imo State, Senator Hope Uzodinma, to refrain from drawing it into his war with his predecessor, Senator Rochas Okorocha, saying that it has no business any of the two.

Describing the two All Progressive Congress, APC, chieftains as traitors to the cause which IPoB is fighting, the Biafra agitating group dismissed as ridiculous the alleged claim by Senator Uzodinma, that his predecessor, Senator Okorocha, gave N500 million to IPoB.

A statement by IPoB’s Media and Publicity Secretary, Emma Powerful, entitled, “Leave lPoB out of your war” categorically stated that the pro-Biafra group never received any financial payment, donation, or gift from Okorocha or any politician like him, saying that it does not deal or have nothing to do with traitors, and neither Senator Uzodinma nor Senator Okorocha, can bankroll IPOB.

IPoB’s statement read in part, “The attention of the…