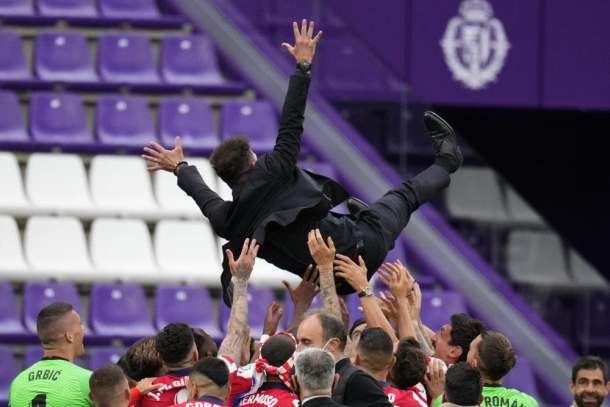 Nothing really came to Diego Simeone’s mind after his Atlético Madrid side finally clinched the Spanish league title. So he just started laughing.

“My first reaction was to start laughing,” he said. “It came out naturally. I don’t know why, but I laughed, I just laughed.”

Atlético had just rallied to defeat Valladolid 2-1 and win its first league title in seven years on Saturday. It was the team’s 11th league title, and third since 1996, when Simeone still played for the club.

“It was a happy feeling that came from inside,” Simeone said. “We were able to do it again.”

There was reason for Simeone to be relieved, with the triumph coming after a tense final stretch of the season in which the…