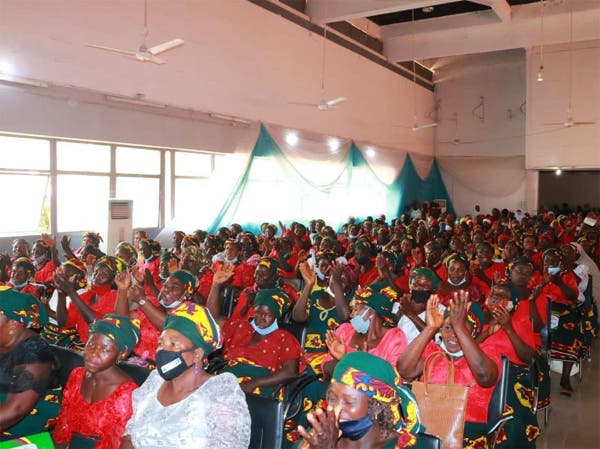 HUNDREDS  of women from Bayelsa, Delta and the Edo States,  yesterday stormed the Asaba centre of the South-South zone of the proposed alteration of the 1999 constitution as amended, demanding 100 per cent oil derivation for oil-producing communities as against the 13 per cent presently being paid.

The women who were mobilized from various umbrellas, including the 100% Lobby Women for Democracy and the National Council for Women Societies (NCWS) participating in politics, under the United Nations charter, also demanded a 35 per cent affirmative action benchmark in politics.

The women insisted that the togetherness of Nigeria would depend largely on. the outcome of the constitutional review. Speaking on behalf of the women, Mrs Joyce Ogwuezi, said an…