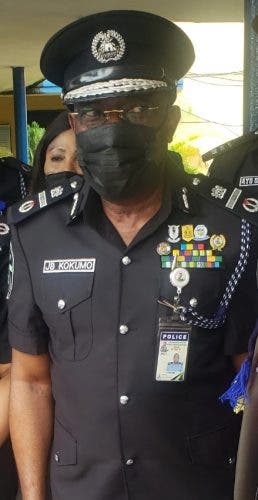 The new Assistant Inspector General (AIG) of Police in charge of Zone 2, Johnson Kokumo, on Monday warned criminals to vacate Lagos State and Ogun or risk the wrath of the law.

Kokumo gave the warning when he assumed duty at the Zone 2 Command Headquarters, Onikan, Lagos.

He said his mission was to detect, prevent and fight crime and criminals in Lagos State and Ogun with maximum respect for people’s rights.

“The warning is clear, Lagos and Ogun are no longer places for criminal elements to hibernate.

“We know too well that Ogun is a gateway state. We have trans-border criminals coming in through Idiroko,” Kokumo noted.

He said he was aware that criminals crossed into Lagos through the Seme border and that the Police would not tolerate trans-border crime.

“We will do that, having at the back of…