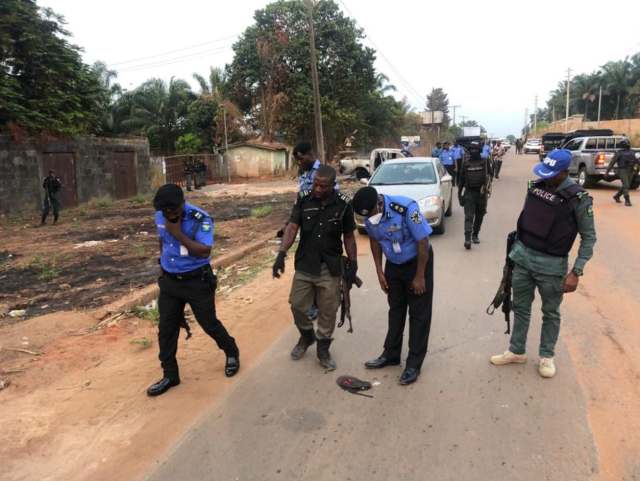 “On investigation and interrogation, they confessed to being members of Aro Bagger confraternity, and that the cult leader who is on the run is in possession of their arm which they call ‘tool’ popularly known as cut…