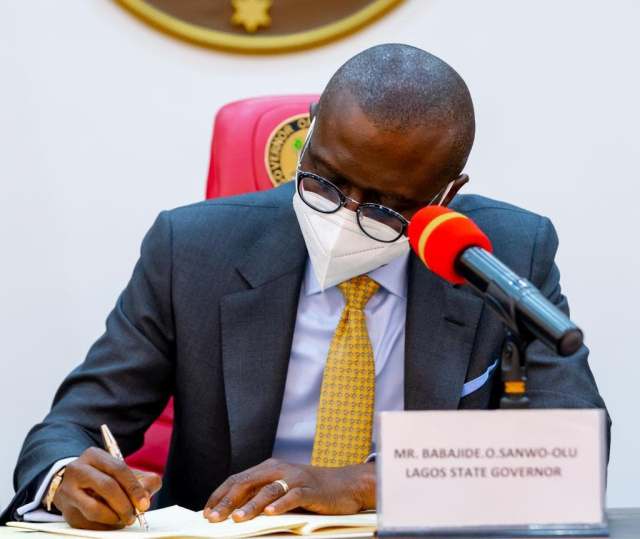 GOVERNOR Babajide Sanwo-Olu of Lagos State, yesterday, urged the Federal Government to provide adequate funding for the 18 kilometre-Lagos-Badagry expressway re-construction project, and Apapa ports access roads, as well as other Federal road projects in the state.

Sanwo-Olu said this during a courtesy visit by the House of Representatives Committee on Works, led by its Chairman, Mr. Abubakar Abubakar, at the Lagos House, Ikeja.

He also tasked the Federal Government to speed up the construction of the Lagos-Ibadan expressway.

The governor said: “We are happy with the level of work that has been done on the Apapa-Oshodi expressway but we need to do a lot of clean-up. There is still a side of the road that has not been completed. We know this is a special dispensation given the Order 8 that has been used but we can still go back and clean up the areas, especially around the Tin-Can Port and Apapa Port, so that we can free the traffic in all those areas and…