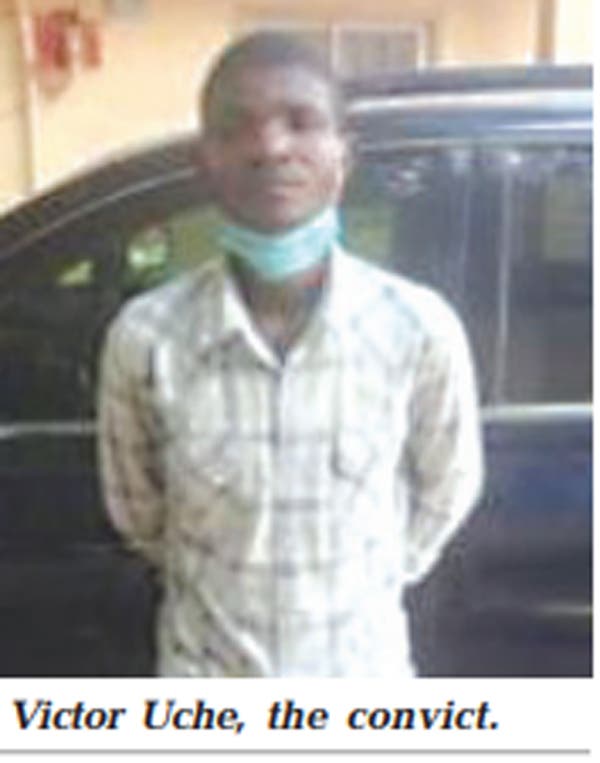 A trans-border car snatcher, Victor Uche, has been sentenced to two-weeks of community service in Lagos.

Uche reportedly absconded with his boss’ Lexus SUV with number plate, JJJ 510 GA, from Nigeria Bar Association premises of the Lagos High Court, Ikeja on March 23, 2021, three days after he was employed.

He was arrested in Abuja by men of the Anti- Vehicle Theft of the FCT command, three weeks later. The SUV was reportedly repainted from grey to navy blue colour and renumbered, at the time it was recovered.

A laptop, two Samsung tablets and a mobile telephone belonging to the lawyer, identified as Austin Abhulimen, were also recovered in the car.

The convict, as gathered, was transferred from Abuja to Ikeja Police division where he had been detained, until May 20, 2021, when he was reported to have been tried and sentenced to two weeks of community service by a magistrate.

Expressing surprise at the…