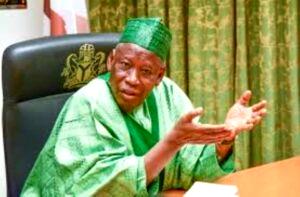 The Kano state governor Abdullahi Ganduje has declared that the problem with Nigeria is that its diversity is allowed to be a challenge instead of an opportunity.

The governor stated this while delivering a speech at the opening ceremony of the public hearing by the House of Representatives Special Committee on Constitution Amendment that took place in Kano on Wednesday.

Governor Ganduje also urged the committee members to put Nigeria’s interest first in order to buttress the peace and unity of the nation.

“Indeed there is no better time to hold this public hearing than now. Various people, associations and groups are yearning for the review of the constitution due to the enormous problems and challenges bedevilling our great country as a nation.

“The problem with Nigeria is that we allow diversity to be a challenge instead if seeing that challenge as an opportunity.

“According to some sociologists and psychologists having a…