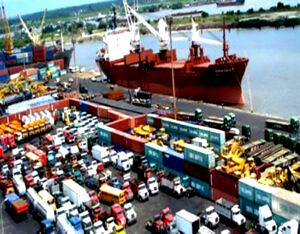 FREIGHT forwarding associations at the Ports and Terminal Multipurpose Limited (PTML) Terminal, Tin Can Island Port Complex, Lagos, have expressed support for the review of handling charges at the terminal by 50%.

PTML is the biggest roll-on-roll-off (RORO) terminal in Nigeria, handling a sizable chunk of vehicles imported into the country.

In a joint communiqué issued on yesterday after a meeting with the Managing Director of PTML, Ascanio Russo and his management team, the major freight forwarding associations said special consideration must be given to PTML because it has not reviewed its charges for almost a decade.

They also argued that the terminal operator must be supported to generate sufficient income to sustain the high quality service being rendered at the facility.

The meeting was attended by representatives of Association of Nigerian Licensed Customs Agents (ANLCA) led by its PTML chapter Chairman, Samuel Obe and Sunny…