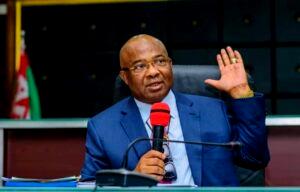 The General Manager of Owerri Capital Development Authority (OCDA), Hon. Engr Innocent Ikpamezie, has called on Imo people, especially social media influencers and online media practitioners, to do everything within their power to avoid comments that will further escalate the already precarious security situation in the state

Engr. Ikpamezie opined that what should be upper most in the heart of every true Imolite should be to recover the state from the hands of the evil ones who are bent on destroying the state.

The OCDA boss made this known during an interaction with online newspaper publishers and bloggers in his office in Owerri on Wednesday.

The GM noted that the system is charged and require the collective responsibility of all to calm the situation down using whatever tool available, especially the social media platforms.

He observed that most of the aggravating comments that fan the…