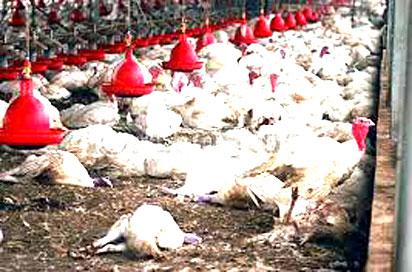 Chinese authorities have appealed for calm as the first-ever human infection with the H10N3 strain of bird flu was reported in the country’s eastern Jiangsu province.

China’s National Health Commission announced on Tuesday that the virus was detected in a 41-year-old man from Zhenjiang city.

Health authorities are playing down the outbreak saying the case was a sporadic virus transmission from poultry to humans and that risk of  a pandemic is extremely low.

The unnamed man, according to a government statement, was hospitalised on April 28 after developing a fever and other symptoms.

He was reportedly diagnosed as having the H10N3 avian influenza virus on May 28, but details of his infection were not given.

The man was stable and ready to be discharged from the hospital even as medical observation of his close contacts had not found any other cases.