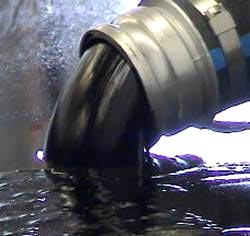 THE price of Bonny Light, Nigeria’s premium oil grade, Thursday, further increased to $70.15 per barrel from $69.38 per barrel, recorded yesterday, as the just-concluded Organisation of Petroleum Exporting Countries, OPEC, and Non-OPEC Ministers meeting continues to impact the market.

Oil ministers, who attended the 17th OPEC and non-OPEC Ministerial Meeting, ONOMM, which held via videoconference, June 1, 2021, had among other things, stressed the importance of adhering to full conformity, and taking advantage of the extension of the compensation period until the end of September 2021, as requested by some underperforming countries.

Expectedly, the prices of crudes, especially Bonny Light started to rise, hitting $70.10 per barrel, thus indicating an excess of $30 per barrel as the nation’s 2021 budget was based on $40 per barrel and 1.86 million barrels, including Condensate.

However, in an interview with Vanguard, the Ghana National Petroleum…