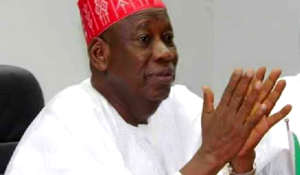 He said these factors were responsible for the low national integration in the country which is a contrast to what Nigeria used to some years before now.

The governor made this known while hosting members of the Nigerian Guild of Editors to a dinner and induction ceremony of new members of the guild on Tuesday night at the government house.

He said that the diverse nature of Nigeria should be a great advantage to the country and argued that the nation will have more problems to contend with if the the country had one tribe, one religion and one culture. He called on the media to help build a strong, united Nigeria.

READ ALSO: Constitution Review: We allow our diversity to be a challenge — Ganduje

Said he: “The level of National integration in Nigeria is getting…