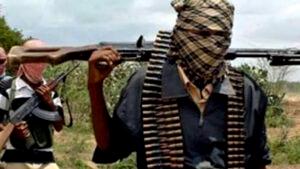 Bandits who kidnapped  two nurses at the General Hospital Doka, Kajuru Local Government Area of Kaduna state ,  have demanded for  N30 million ransom before they would free the captives.

Chairman of the National Association of Nigeria Nurses and Midwives (NANNM), Kaduna State chapter, Comrade Ishaku Yakubu, told journalists that the  kidnappers have already collected  N10 million ransom from  relatives of the nurses.

“The kidnappers initially demanded for N10 million; N50,000 recharged cards and four Tecno handsets which were delivered to them two weeks ago. After collecting the N10 million ransom, they called to ask for more money.”

“The initial N10 million paid to the bandits was generated through contributions by well-wishers in the state.”