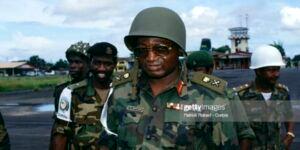 The mourners who extolled the virtues of the deceased noted his commitments to the service God and humanity, describing him as a patriotic, brave and disciplined officer who gave his all to serve Nigeria even as his exploits as ECOMOG Commander were being recalled.

President Buhari who was represented by Minister of Defence, Major General Bashir Magashi (rtd) said the late General Dogonyaro was a thoroughbred officer whose antecedents in the Nigerian Army remain a reference point and motivation to younger officers, adding that Nigeria remains grateful to late…