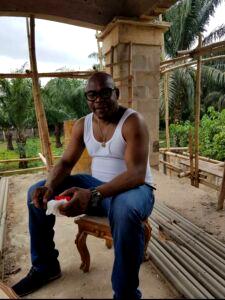 A wife to Mr Oguchi Unachukwu, a Germany based-business man, Mrs Ijeoma Unachukwu, yesterday said that her children watched and cried as the Airforce officer, shot their father in his car on his forehead at the Imo Airport, Air Force checkpoint and he bled till he died.

She disclosed this in Owerri while narrating how her husband was killed in a petition letter addressed to Imo governor, Hope Uzodimma, through her lawyer, Akponye Ihediohanma.

The petition was tagged: “Urgent and critical complain request for your personal and direct intervention of unlawful shooting and gruesome killing of Germany based Mr Oguchi Unachukwu by security agents at the Airforce checkpoint, Owerri Airport.”

Mrs Unachukwu said that her late husband met his untimely death after he had been cleared and pass by three other military checkpoints before the Imo Air Force checkpoint that took his life.