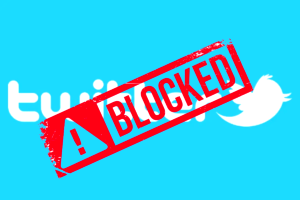 The National Association of Seadogs, NAS, yesterday took a swipe at the Federal Government over its suspension of the operations of the microblogging platform, Twitter.

NAS also known as Pyrates Confraternity in a statement issued by its President, Abiola Owoaje called on the government to rescind its step and abandon this futile and anti-democratic repression of dissent.

The association also warned against any moves to gag Nigerians through the regulation of social media platforms by the National Broadcasting Corporation, NBC.

NAS in the statement titled “Twitter’s Suspension: The slide into tyranny” said it was appalled by the action of the Federal Government.

Condemning the action of government in its entirety Owoaje accused the President Muhammadu Buhari-led administration of attempting to suppress free speech, stifling the Nigerian civic space and trampling on the fundamental rights of Nigerians.