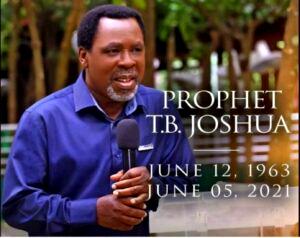 lts a personal loss to us in Ondo

Death is a rude shock — Monarch

He was a philanthropist extraordinaire — Afenifere Sec Gen

Ondo State Governor, Rotimi Akeredolu has said that the Christendom has lost a giant in the death of Pastor Temitope Balogun Joshua.

Akeredolu said the renowned man of God was a blessing to humanity and a great Ambassador of the Sunshine State whose Ministry was noted for charity.

This was contained in a statement by his Chief Press Secretary Richard Olatunde in Akure, Ondo state.

The statement said that “Undoubtedly, Pastor Joshua’s demise came as a rude shock. The pains are not mere emotional flashes; they are indeed piercing.

“The Ondo-born Pastor and Televangelist was a philanthropist whose exit will be sorely missed by many.

“Pastor Joshua was committed to giving and was more often, inexorably…