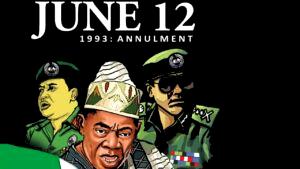 Delta State Police Commissioner of Police, Mr. Ari Muhammed Ali, has warned residents of the state against unlawful gatherings, placard-carrying and protests aimed at causing havoc in the state on June 12, 2021

The commissioner of police, in a statement by the command’s Police Public Relations Officer, Mr. Bright Edafe, said the command was aware of planned protest by some agitated members of the public on 12 June, 2021.

He said the command was also aware that the protest was being staged by criminally minded individuals, hiding under the guise of peaceful protest thereby causing havoc in the state.”

Saying that the command “will not allow any miscreant to distort the already existing peace in the state”, the statement said: “Members of the public particularly residents of Delta state are to be aware that on no account should any group be seen, gathering or…