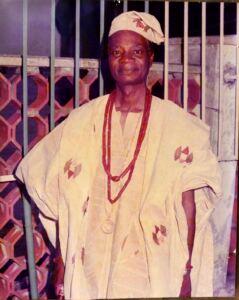 His parents knowing the value of western education got him enrolled at the St. Stephen’s Anglican Primary School, Iju where he was a pupil from 1939-1945. He attended the prestigious Christ School, Ado Ekiti from 1946–1951 and later got admitted into the pioneer University College, Ibadan, as it was then called, now the University of Ibadan from 1954-1960 where he bagged a Bachelors of Science (B.Sc) Hons. degree in Physics and proceeded to the Imperial College, London for a Diploma in Meteorology from 1961-1962.

Chief Babalola started his working career as a Sales Clerk at the CMS Bookstores, Lagos from 1952 to 1954.  Upon returning from the…