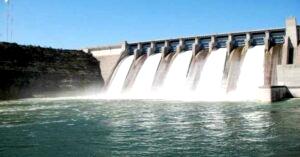 The News Agency of Nigeria (NAN) reports that the Federal Executive Council had earlier approved N8.1 billion for the completion of the dam.

Speaking in Nasarawa on Saturday, Minister of Water Resources, Mr Suleiman Adamu, said the dam project had potential for irrigation, water supply and boosting socioeconomic and industrial development of the state.

Adamu said the contract, which had a 24-month timeline, comprised the completion of the dam embankment, spillway and outlet works.

He added that it would include water supply and hydro power components, 20 kilometres of access road and the rehabilitation of some service quarters that had already been under construction before the project was abandoned.

The minister noted that the project which started in 2003, suffered setback due to lack…