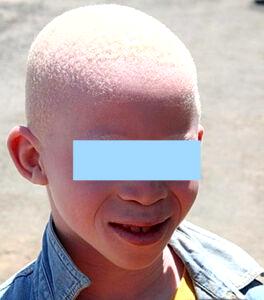 As Nigeria on Sunday joined the rest of the world to mark this year’s World Albinism Day with the theme, “Strength Beyond All Odds”,  Onome Akinlolu Majaro Foundation, OAM and  the Lagos State Office for Disability Affairs, LASODA  have decried stigma and discrimination associated with albinism despite the growing awareness on the condition.

Speaking at an event to mark the day organised by the OAM Foundation in partnership with LASODA, Co-founder, OAM, Mrs Onome Okagbare Majaro said stigma and discrimination were still on the rise leading to low self-esteem among Persons With Albinism, PWA.

Onome regretted the inability of parents to afford basic things albinos need for survival saying a  lot of myths and misconceptions about albinism exist, such as that PWAs don’t eat salt, don’t get married, only see at night, that their blood and body parts can cure HIV and AIDS, among others. These have made PWA  to be hunted like animals in East…