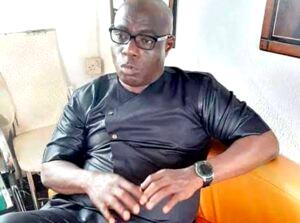 …alleges Makinde of plot to implicate him

A stalwart of the Peoples Democratic Party, PDP in Oyo State, Alhaji Asebisi Olopoeyan, has absolved himself from the violence that erupted between members of the Park Management System, PMS and phone sellers at Iwo Road that led to the death of one Rhaman Azzez, while property were destroyed.

He, however, said his alleged involvement in the violence emating from some quarters was a plot masterminded by Governor ‘Seyi Makinde and his allies.

Olopoeyan, in an exclusive chat with Sunday Vanguard, explained that Gov Makinde was the brain behind the decision of Mr. Mukaila Lamidi aka Auxiliary to link him with last Wednesday Iwo road Mayhem.

He said, he was not surprised when he heard Auxiliary mentioning his name on a radio station, that it was Olopoeyan’s boys that caused the havoc that killed two people at Iwo Road roundabout two days ago, stating that Auxiliary acted a scripted written by Governor Makinde…