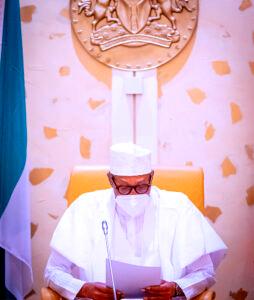 THE National Democratic Coalition, NADECO, Sunday, looked at the state of the nation and told the President Muhammadu Buhari administration that, under his watch, the country is sliding into political instability.

NADECO, in an open letter, titled: ‘Unacceptable Deterioration of National Security and Political Stability’ under your watch’, expressed worry over the President’s silence on the activities of marauding herdsmen in the country.

The statement, signed by NADECO’s General Secretary and spokesman, Ayo Opadokun, read, in part: “Other than diminishing democracy to a virtual dictatorshiop, NADECO wonders by which section of our Ill-founded and presently extremely beleaguered so-called Federal Republic of Nigeria Constitution 1999, do the trio of your good self, Mr. President, the President of the Senate, the Speaker of the House of Representatives, aided by the…