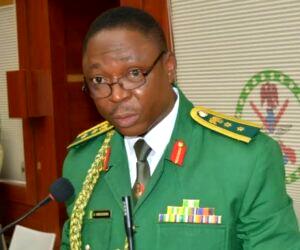 The Nigerian Army has denied that a video in circulation showing some soldiers purportedly mutilating a terrorist suspect contains troops of Operation Hadin Kai.

The Army said the uniform of the purported soldiers in the video is not among those used by Nigerian soldiers fighting in any theatre of operation in the country.

A statement by Brig General Onyema Nwachukwu, Director Army Public Relations, titled ‘Re: Video of Soldiers Mutilating A Suspect’, said, “The Nigerian Army (NA) has been notified of an online video footage making the rounds in the social media, showing some persons in military fatigue torturing and mutilating an individual.

“The video footage is not only capable of deceiving unsuspecting members of the public into believing that the men in the footage are members of the NA, engaged in the ongoing counter insurgency…