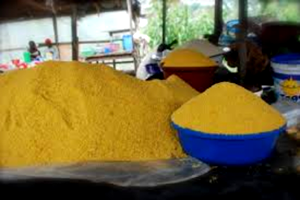 Further insight into Nigeria’s inflation figures has indicated that basic food items were the inflation leaders in the last month’s figures published by the National Bureau of Statistics (NBS). The staples are beans and garri which are mainly consumed by low income earners.

This is coming at the backdrop of sustained decline in the headline inflation numbers for the months of April and May 2021.

In its “Selected food prices watch for May 2021’ report, NBS noted that though there was a general rise in food prices in the month, average price of beans (brown) across the nation increased astronomically by 58.28 per cent year-on-year and 15.94 per cent month-on-month.” But the Bureau’s summary shows that white beans rose by 61.96%.

READ ALSO: Consumers paid more for petrol, others in May — NBS